The new location opens this Thursday in La Junta, CO

(La Junta, CO) Dickey’s Barbecue Pit opens in La Junta Thursday, February 18 with four weeks of specials and giveaways, including free barbecue for a year for three lucky guests. To enter to win, guests can either use hashtag #1FreeYearofBBQ on any social media page, order online or sign up for the  Big Yellow Cup Club to receive loyalty points and members-only specials. The first four Thursdays after opening, Dickey’s will offer the first 50 guests a complimentary special treat. On Fridays, the new store will offer 50 percent off meals for uniformed first responders, and guests will have the opportunity to donate to Dickey’s charitable foundation, Barbecue, Boots & Badges. On Sundays, kids eat free at Dickey’s with every purchase of an adult dine-in meal of $10 or more.

“The Dickey family congratulates Bob and Barbara Rusnak on opening their fourth Dickey’s Barbecue Pit location,” says Laura Rea Dickey, CEO of Dickey’s Barbecue Restaurants, Inc. “Dickey’s is growing rapidly nationwide and we are proud to continue our expansion in Colorado, where Dickey’s opened its first franchise outside of Texas in 1998.”

Philanthropy Fridays— “You Give, We Give”: guests who donate to Dickey’s charitable foundation, Barbecue, Boots & Badges, will receive a gift card in appreciation for supporting Dickey’s foundation. Uniformed first responders also receive 50 percent off their meal.

Kids Eat Free All Day Every Sunday with the purchase of a $10 dine-in meal per adult.

The Rusnaks, after retiring from the United States Air Force, have been with the Dickey’s Barbecue Pit family for five years. They are hoping to turn their now four locations into a growing family business by bringing their son into the equation. “We are excited to open this new location and have the opportunity to serve the residents of La Junta,” says Bob Rusnak. “The Dickey’s brand has grown so much in our years as owners and we are happy to see where it goes in the future.”

About Dickey’s Barbecue Restaurants, Inc.
Dickey’s Barbecue Restaurants, Inc., the nation’s largest barbecue chain was founded in 1941 by Travis Dickey with the goal of authentic slow-smoked barbecue. Today, all meats are still slow smoked on-site in each restaurant living up to the company tagline, “We Speak Barbecue.” The Dallas-based family-run barbecue franchise offers a quality selection of signature meats, savory sides, tangy barbecue sauce and free kids’ meals every Sunday. The fast-casual concept has expanded to more than 600 locations in 44 states. In 2016, Dickey’s won first place on Fast Casual’s “Top 100 Movers and Shakers” and ranked in the top ten of Franchise Times’ “Fast and Serious.” Dickey’s Barbecue Pit was recognized for the third year by Nation’s Restaurant News as a “Top 10 Growth Chain” and by Technomic as the “Fastest-growing restaurant chain in the country.” For more information, visit www.dickeys.com or for barbecue franchise opportunities call 866.340.6188. 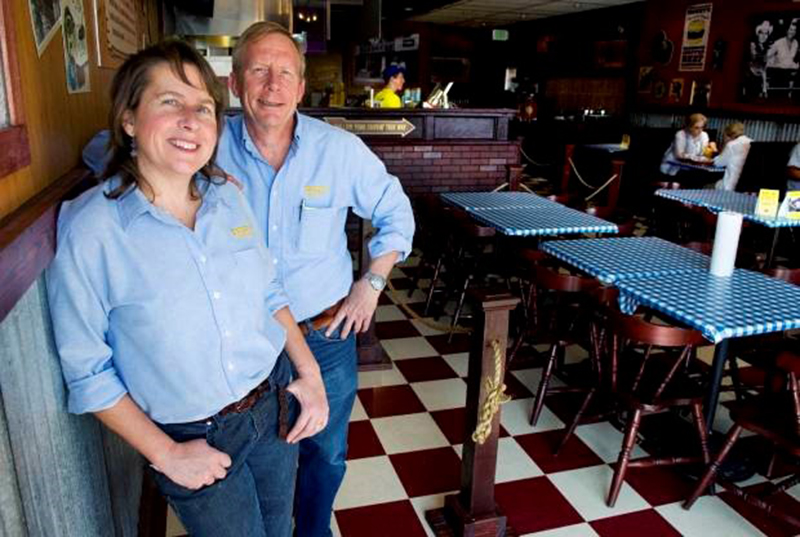